The Southern Chorale of The University of Southern Mississippi goes on a European tour with the music of Tõnu Kõrvits, touring extensively in Spain, Latvia, and Estonia in January 2023.

Traveling for two weeks, the 46-member choir will perform a varied program, featuring selections from Kõrvits’s Canticle of the Sun and Sky Songs, based on Emily Dickinson’s poetry. Also on the program is Kõrvits’s St. Michael Songs which was premiered last year by the Southern Chorale; this will be the European premiere of that work. 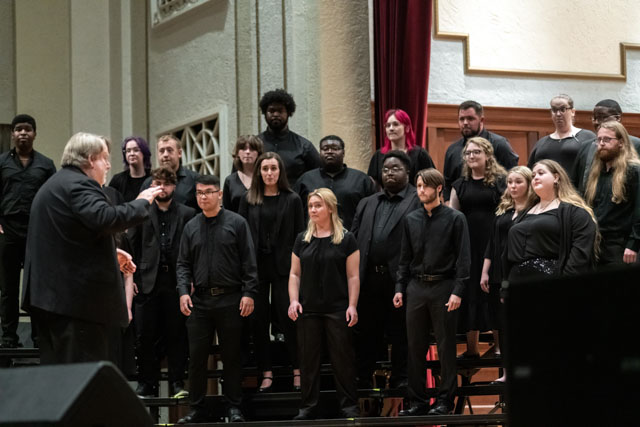 The Southern Chorale and Gregory Fuller are long-time performers and connoisseurs of the music by Tõnu Kõrvits. This January, the coir premiered in Biloxi the cycle St Michael Songs to the words of Emily Dickinson, and in 2015, in Richton they premiered Canticle of the Sun. In 2019, the choir performed the cycle Moorland Elegies ("Lageda laulud") at Carnegie Hall, in 2014 they performed Kõrvits's most popular choral cycle "Kreegi vihik", which is also featured on the choir's disc in 2018.

This tour presents the students the opportunity to experience a variety of cultures, language, food, art, and music. They will collaborate with other musicians and hear the world-famous King’s Singers live in Tallinn.