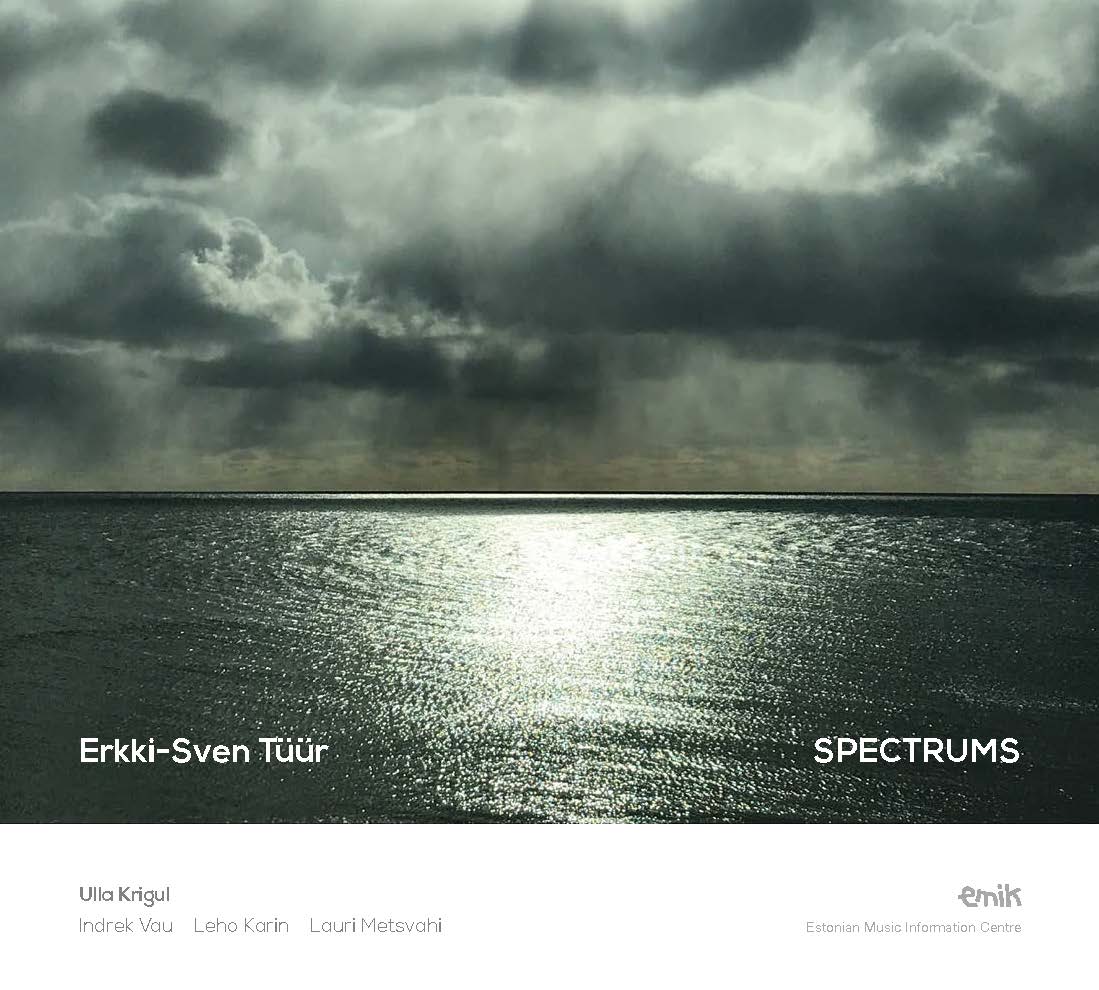 Estonian Music Information Centre has released Erkki-Sven Tüür’s CD „Spectrums“ where composer’s works are performed by organist Ulla Krigul togeher with Indrek Vau (trumpet), Lauri Metsvahi (percussion) and Leho Karin (cello). The CD contains series of pieces written between 1989 and 2004 and titled as Spectrum:  Spectrum I for organ (1989), Spectrum II for organ, trumpet and percussion ad libitum (1994), Spectrum III for organ (1999) and Spectrum IV for cello and organ (2004). It is the first time the four Spectrums have been included in one performance on a CD.

Erkki-Sven Tüür (b. 1959) is an Estonian composer with an international reputation. Most of his works have been commissioned by world-renowned performers and are frequently premiered in prestigious European concert halls before reaching the audience in home. Tüür also closely collaborates with Estonian musicians, including the Estonian Philharmonic Chamber Choir, the Tallinn Chamber Orchestra, the YXUS Ensemble (formerly known as the NYYD Ensemble), the Estonian National Symphony Orchestra, and many others. Rock music was one of the earliest sources of Tüür’s idiom: in 1979, he founded the progressive rock band In Spe, in which he was a composer, flautist, keyboardist and singer. In 1980-1984, he studied composition at Tallinn Conservatory under Professor Jaan Rääts. Since 1992, he has been a freelance composer.

Ulla Krigul (b. 1979) is one of the most recognised organists of the younger generation in Estonia. She is highly valued as a soloist and an ensemble partner. Ulla Krigul graduated from Tallinn Music High School in 1997 as a pianist and continued her studies at the Estonian Academy of Music in the piano class of Ivari Ilja in 1997–1999. In 2000, she began playing organ at the Estonian Academy of Music and Theatre under the guidance of Professor Andres Uibo and received her master’s degree in 2006. In 2004–2006, Krigul studied as an exchange student in Vienna at Universität für Musik und Darstellende Kunst with Professor Martin Haselböck. Every year, Ulla Krigul presents at least one or two new solo programmes. Beside Bach, Buxtehude, Bruhns, Muffat and Hindemith, contemporary music holds an important place in her repertoire: she has been the premier performer of several works by Estonian contemporary composers including Galina Grigorjeva, Tõnu Kõrvits, Ülo Krigul, Märt-Matis Lill, Timo Steiner and others.


The presentation concert of this CD will take place on May 10 at 5 pm in Tallinn St. Nicholas’s Church in the framework of the festival World Music Days 2019. In addition to Tüür’s music, Ulla Krigul and Tammo Sumera (electronics) will perform also Margo Kõlar’s „Belfry II” (premiere) and new music from Faroe Islands, Iceland, Sweden, Germany and Belgium.