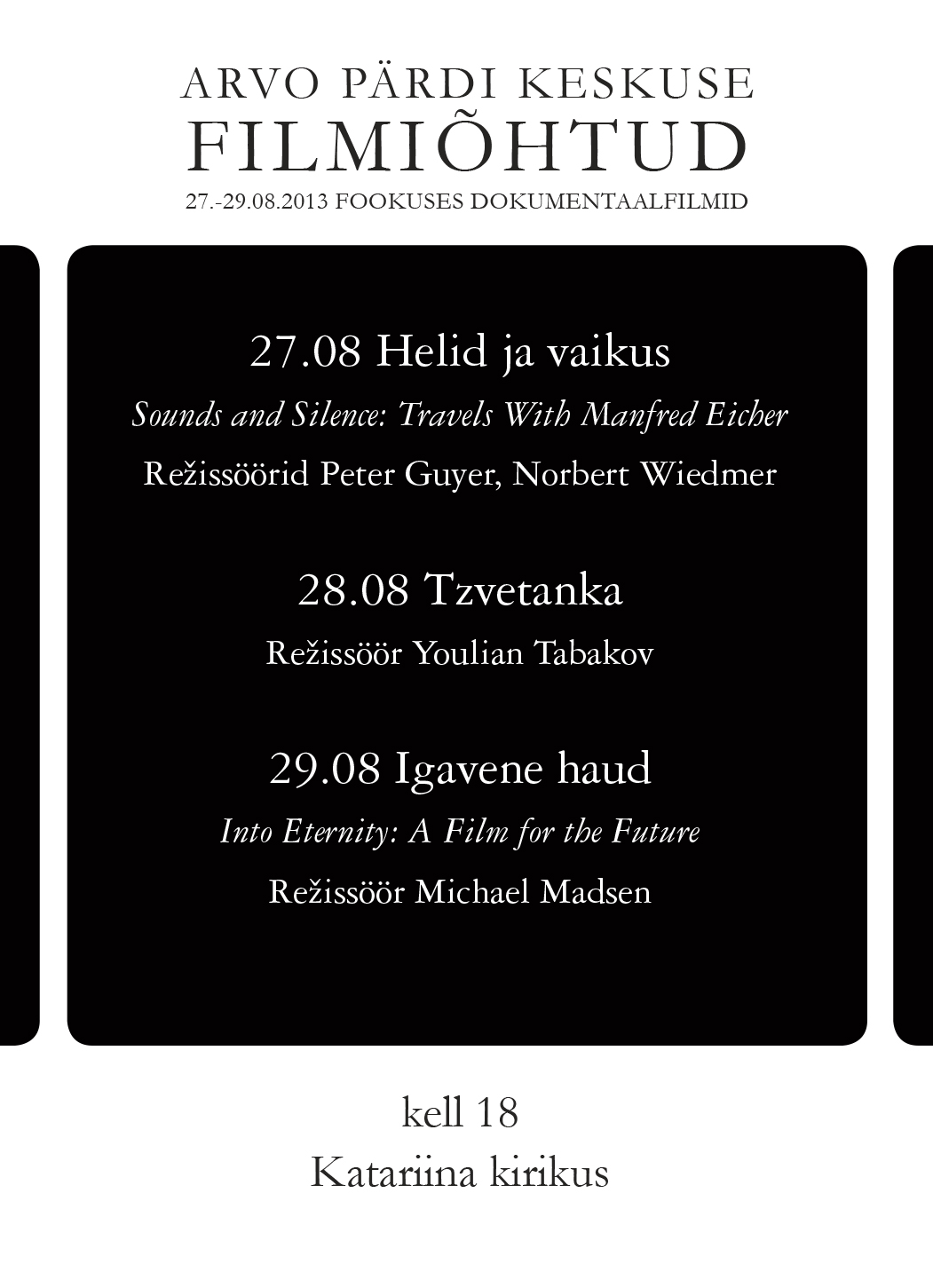 From August 27 to 29, Arvo Pärt centre film evenings will be held at St. Catherine’s Church for the third time. Arvo Pärt centre will screen films featuring the music of Arvo Pärt. This year the focus will be on documentary films.

Traditionally, each of the films is presented with an introduction by the guests directly connected with the films: Bulgarian director Youlian Tabakov (Tzvetanka), founder and producer of the ECM music label Manfred Eicher (Sounds and Silence). Michael Madsen’s environmental documentary will be introduced by an Estonian biologist, nature writer and photographer Fred Jüssi. The artistic director for the film evenings is Kaarel Kuurmaa.