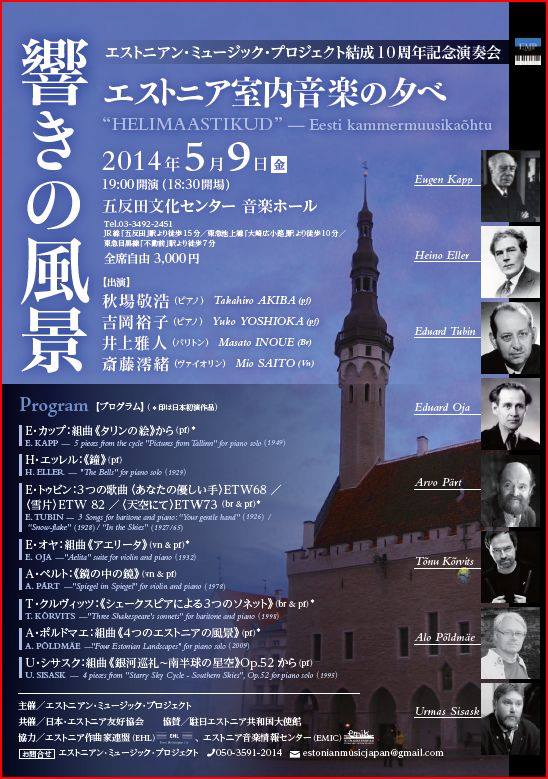 Concert is supported by Estonian Embassy in Tokyo and Japan-Estonian Friendship Association. 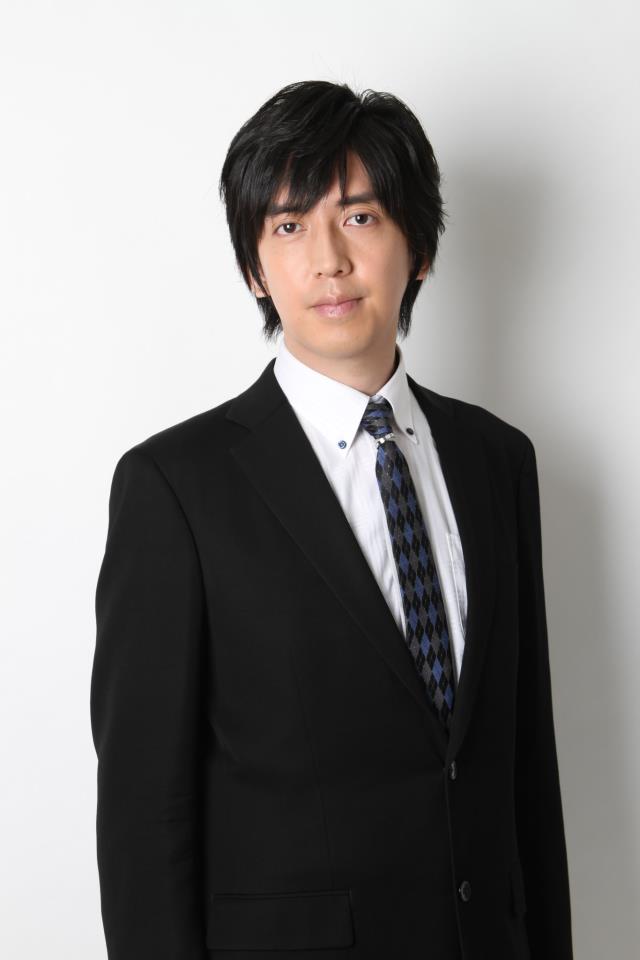 Takahiro Akiba (b. 1984 in Yokohama) is a talented young pianist who has a special interest in Estonian music. In 2003–2007, he studied at the Faculty of Music of the Tokyo University of the Arts with Hideto Nishikawa. He graduated from the university with top honors and, as one of the best four graduates, received the Ataka Award. In 2007–2009, Akiba continued his studies in postgraduate course of TUA with Professor Kenji Watanabe. In 2009–2011, Akiba furthered his studies at the Moscow State Conservatory with Prof. Mikhail Olenev and Prof. Victor Merzhanov. He also had private studies with Victor Bunin in Moscow, Hideyo Harada in Tōkyō and Anahit Nersesyan in Yerevan, and has participated in the master classes of Vladimir Tropp and Victor Merzhanov in Japan. Akiba has given solo recitals and performed with orchestras in Japan. He is a member of the Estonia Japan Association since 2002 and International Eduard Tubin Society since 2006.