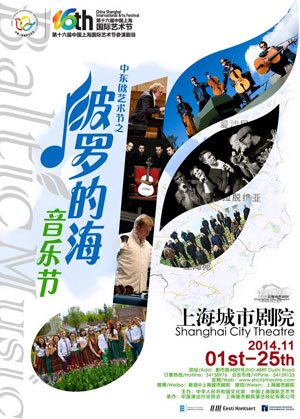 The first festival to introduce music of Baltic states in China takes place from October 25 to November 22. More than half of the festival program presents Estonian music. The performers are Estonian Philharmonic Chamber Choir, Arsis Handbell Ensemble, Cello Quartet C-JAM and pianist Rein Rannap, who will give alltogether 20 concerts. Performers were selected by the delegacy of China Association of Performing Arts during the visit to Baltic countries.

The concert-tour of Estonian musicians is organised by state concert institute Eesti Kontsert.