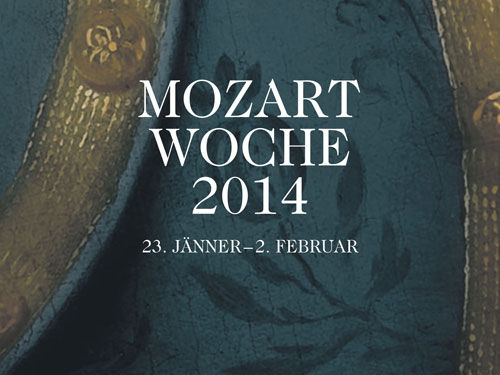 Only after a few days, on January 29, the world premiere of Arvo Pärt’s orchestral work Swan Song can be listened in Salzburg Great Festival Hall at the concert of Wiener Philharmoniker (conductor Marc Minkowski). A new piece with the subtitle Littlemore Tractus is a commission of International Mozarteum Foundation and will be presented at the concert of festival Mozartwoche. The Vienna orchestra will perform also Pärt’s Fratres and music by Mozart and Richard Strauss.

Annual Mozart Week takes place from January 23 to Febrary 2 this year and presents Arvo Pärt’s music at many concerts.

On January 24, Tabula rasa for violin, viola, prepared piano and string orchestra is in the program of the concert at the Great Hall of the Mozarteum Foundation, performer is Mozarteum University Symphony Orchestra (conductor Cornelius Meister).

On January 30, Pärt’s orchestral work Cantus in Memory of Benjamin Britten is in the program of Scottish Chamber Orchestra (conductor Robin Ticciati) in the Great Hall of the Mozarteum Foundation.

On February 1, conductor Tõnu Kaljuste together with Camerata Salzburg and Latvian Radio Choir appear on the stage in the same hall, performing Arvo Pärt’s Salve Regina and Adam’s Lament.

On February 2 at the same place, Mozart Kinderorchester under the direction of Marc Minkowski and violinist Christoph Koncz are playing Pärt’s Darf ich....