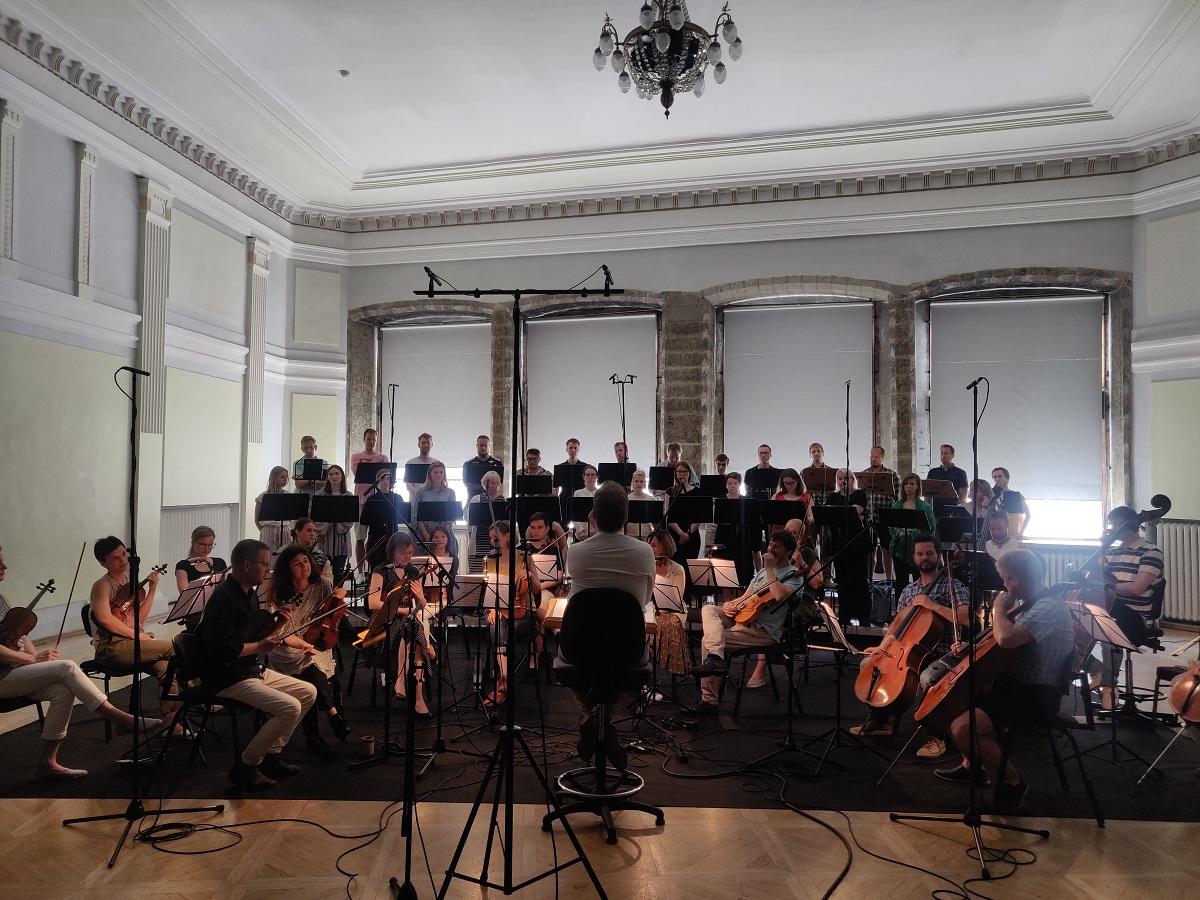 
Tallinn Chamber Orchestra and the Estonian Philharmonic Chamber Choir under the baton of Risto Joost will record the new piece „Sei la luce e il mattino” by Tõnu Kõrvits at the Tallinn Philharmonic Society House of Blackheads. An album will be released under the Finnish label Ondine.

„Sei la luce e il mattino” is an eight-movement cycle for choir and strings and it uses the poems by the Italian poet Cesare Pavese (1908–1950), translated into Estonian by Doris Kareva. Composer Tõnu Kõrvits describes the poems by Cesare Pavese as follows: „There is love for nature and earth, there is a lot of longing, grief, sadness, beauty, and nostalgia. But still these texts are full of life and fluidity, and some mysterious fluttering and quivering. „Sei la luce e il mattino” is like an anthem to life and love.“

Tallinn Chamber Orchestra together with the Estonian Philharmonic Chamber Choir has previously recorded „Moorland Elegies“ („Lageda laulud“) by Tõnu Kõrvits, which, after the release of the album in the summer of 2017, stayed at the top of Amazon's best-selling classical music chart for several weeks, and received the Classical Album of the Year award at the Estonian Music Awards ceremony. The album was also released under the label Ondine.

The world premiere of „Sei la luce e il mattino” took place on June 16, 2019, with Tallinn Chamber Orchestra and the Estonian Philharmonic Chamber Choir under Risto Joost at the White Hall of the Tallinn Philharmonic Society House of Blackheads. This work will be performed again on June 27 at 7 p.m at the Rapla Maarja-Magdalena church at the opening concert of the Rapla Church Music Festival.

In 2020, another album with the music by Tõnu Kõrvits will be released by Ondine, where the Estonian National Symphony Orchestra under the guidance of Risto Joost will perform the composer's orchestral music.