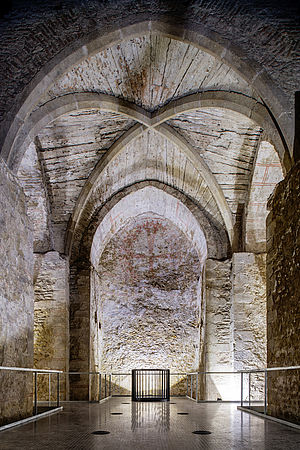 Tomorrow, on December 10, the world premiere of Arvo Pärt’s Kleine Litanei for mixed choir will take place in St. Virgil’s Chapel in Vienna. New piece will be performed by Arnold Schoenberg Choir under the direction of Erwin Ortner. The piece was commissioned by the Wien Museum for the reopening of St Virgil’s Chapel, the text of the piece consists of traditional payers compiled by the composer himself. St Virgil’s Chapel is located right under Stephansplatz, in front of Stephansdom, and will be opened as a small Medieval museum. In addtion to world premiere, another Pärt’s work –Deer’s Cry (2007) – will be performed at the opening ceremony of the chapel.