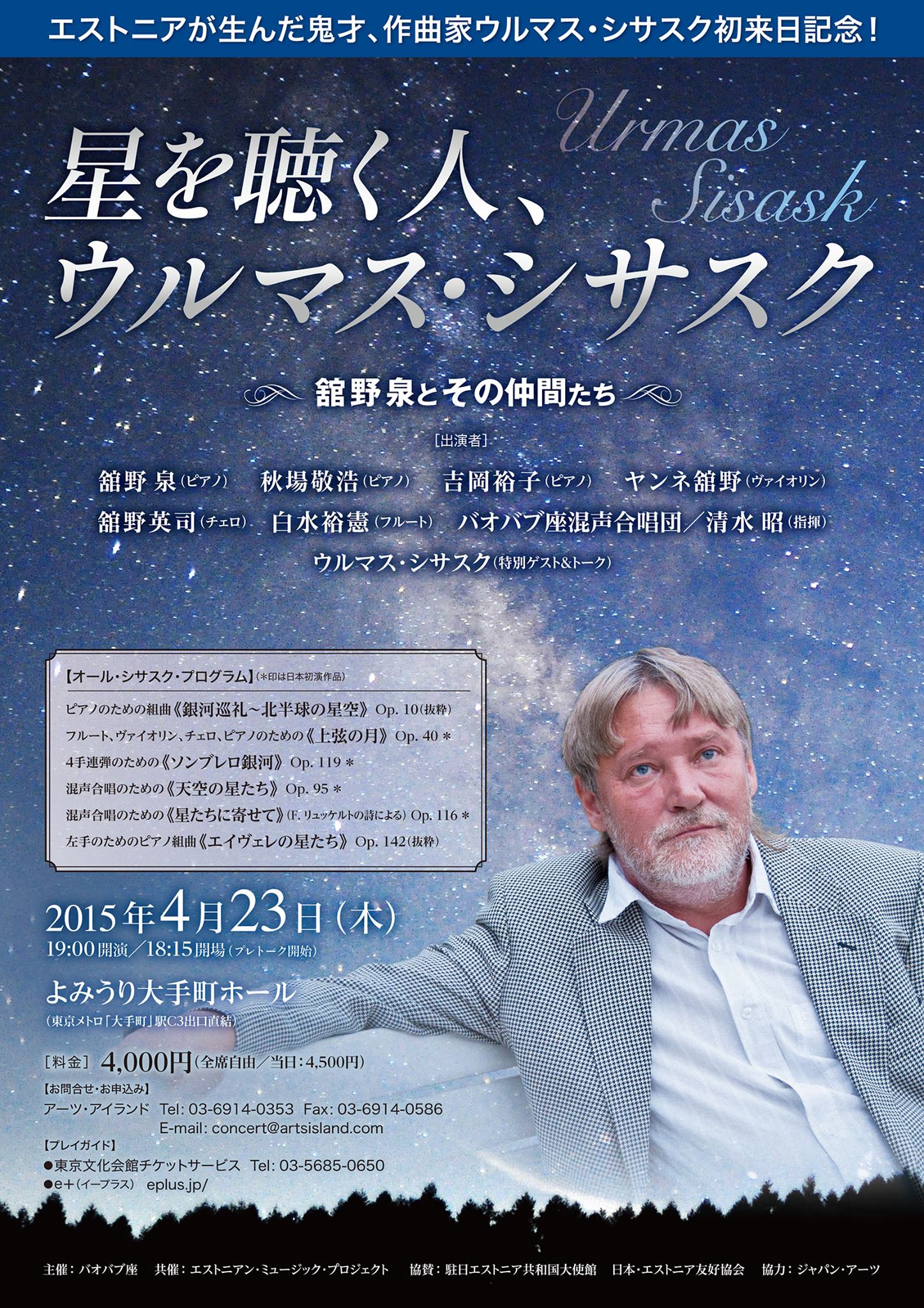 On the initiative of the concert series Estonian Music Project, the visit of composer Urmas Sisask to Japan takes place in this week. There are two concerts, world premiere and meetings on the way.

In addition to concerts, Urmas Sisask will be invited to meet famous Japanese astronaut Mamoru Mohri (a veteran of two NASA space shuttle missions) at the National Museum of Emerging Science and Innovation on April 22.