Nordic Music Days 2011 will be held on October 6–9 in Reykjavik. The concerts take place in Reykjavik’s recently opened new concert hall Harpa. An abundant selection of music by Icelandic, Finnish, Swedish, Danish, Norwegian and Estonian composers will be in programme. 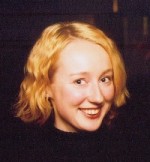 On Thursday, October 6, multimedial work ATEMLOS by Andrus Kallastu will be performed and on Saturday, October 8, Mirjam Tally’s Winter Island for string quartet will be played by players of the Iceland Chamber Orchestra, the chamber concert will feature also Estonian singer Tui Hirv.
In the framework of the Nordic Music Days, the Nordic-Baltic Festival conference will be held on October 5–7 in Reykjavik as well. The artistic director of the festival is Icelandic composer Pétur Jónasson.
The full programme of the festival

Andrus Kallastu (b. 1967 in Pärnu, Estonia) is freelance composer and conductor. In his music two periods of style can be noticed. In works, written in 1985–1990, bear influences of modality and express the spirit of neoclassicism that at the time was characteristic to a large part of Estonian music. In decisive year of 1990, besides several significant events in Estonian society, also a remarkable change in style of Kallastu’s music started to emerge. These new works are characterized by serial texture, sound-field technique, groping the boundaries of musical sound and noise. Many of his works speak of intention to interconnect music and various types of arts and interest of performance art.