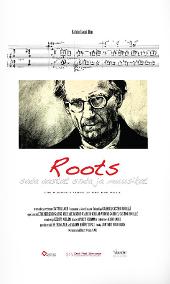 On September 7, documentary of Olav Roots entitled Roots, Hundred Years of War and Music will be premiered. Director is Katrin Laur.

Conductor, pianist and composer Olav Roots was born in 1910 in Tartumaa, Estonia and deceased in 1974 in Bogotá, Colombia. He got the musical education from Tartu Higher Music School and Tallinn Conservatory, later he had an opportunity to improve himself in Paris, Vienna and Salzburg. After that he worked as a pedagogue in Tartu and Tallinn and performed as a pianist and conductor, being also a chief conductor of State Radio Symphony Orchestra since 1939.

In the film, Olav Roots’s grandsons Julian and Nicholas Roots from Miami are searching their roots. They have never seen their grandfather and his homeland Estonia. Through the music the film is telling the boys the story of their grandfather and comes to the conclusion that people, time and the most distant places in this world are connected and mutually needful.

Documentary will be premiered on September 7 at 7.30 pm in cinema Artis.