Peer Gynt is no good. And a cheater. Instead of helping his widowed mother Åse, he drifts around and tells imaginative lies. And yet in Henrik Ibsen's play he has almost become a Norwegian national hero. With his music for this work, Edvard Grieg then probably created something like - admittedly unofficial - national music. Hardly any of his works are more representative of Norwegian music than this one. The complete incidental music will be performed at the 4th Philharmonic Concert - in a semi-staged version, a real rarity! In Finland, the Kalevala has the status of a national epic. From this, Jean Sibelius compiled the text for his symphonic poem Luonnotar, which deals with the creation of the world. The main role is played by the air spirit of the same name, the primordial mother of the world, who drifts on the waves of the primordial soup for 700 years before creation takes its course, birth pangs included. The music has a mystical, cosmic, sometimes ominous effect. Almost like in real life ... 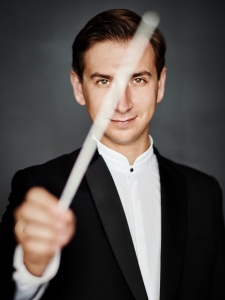