In perfect connection to the application of intriguing, non-conformist and irregular intonation systems, we have invited the Dutch ensemble Scordatura to perform in Sound Plasma festival. For their performance they will bring yet another custom-built harmonium with a completely different intonations , language and concept, this time by the parallel master of musical inventions: Harry Partch.

Scordatura Ensemble (also known as Trio Scordatura) grew initially from a project to perform the works for intoning voice, Adapted Viola and Chromelodeon by the American composer Harry Partch. This music, composed in the early 1930s, involves voice and two instruments – a viola and a harmonium – that were adapted by Partch in order to play music in his elaborate microtonal scale with more than forty unequal divisions of the octave. Scordatura uses an exact copy of Partch’s Adapted Viola, built in 2001 and authorised by the Harry Partch Foundation. After that, other new copies of Partch instruments followed, such as the Chromelodeon, Kithara, Diamond Marimba, Harmonic Canon, and the Bass Marimba. The trio has performed all over the world, in a.o. the Sonorities Festival in Belfast, UK Microfest in Surrey, KlankKleurFestival in Amsterdam, Musica Sacra in Maastricht, Roulette in New York, Logos Foundation in Ghent, TRANSIT Festival in Leuven, Dag in De Branding in The Hague, Ergodos Festival in Dublin, Microfest in Los Angeles and Amsterdam, BEAM Festival in London ,Blurred Edges in Hamburg, James Joyce Festival in Amsterdam, Arena Festival in Riga.

With music by Harry Partch in his "Just Intonation” tonal system (43 notes in the octave) combined with composers that are inspired by Partch: James Tenney, who was a student of Partch, Dutch-American composer Peter Adriaansz and Latvian composer Evija Skuķe. 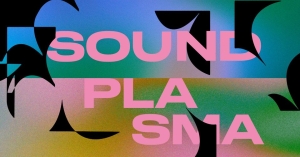